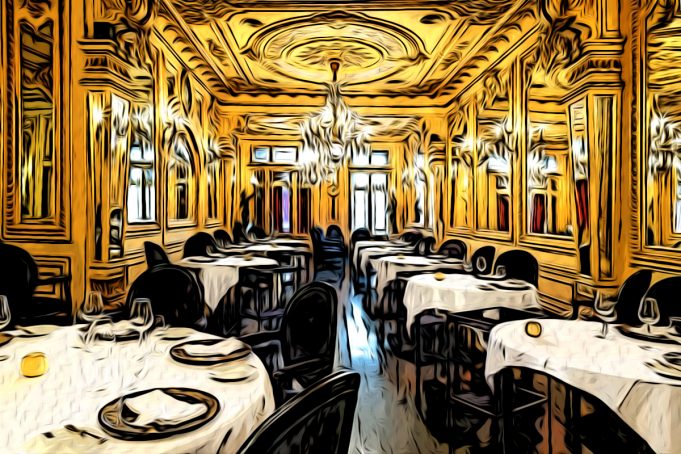 Many of Lisbon’s Historic Shops are at least a century old. They have witnessed Lisbon as a changing city, a multi-faceted city rich in contrast and with its doors open to the world. These shops guard an infinite number of stories, from the most intimate and inexpressible to the shared stories we also call history. They have witnessed a lot, these spaces. Perhaps it is better to say that it is the people who descended from those who have seen a lot, and are still there today to tell the story. Most of these shops have gone through one if not two world wars and have seen many regimes come and go. In their lifetime, they have seen the fall of the monarchy, traversed a long period of dictatorship, and witnessed the first democratic debates. But it is not just political life that has been turbulent on these hills of Lisbon where the earth itself once quaked: there have been fires, floods, and epidemics. The first Historic Shops were founded in the 18th century when the city was still trying to get back on its feet after the great earthquake of 1755. The space Lisbon occupied was much smaller and a lot of the land now considered part of the city was home to farming activities: the Portuguese capital was very much a rural-influenced city. And there were no more than 200,000 inhabitants. Nevertheless, the city center where most of the shops were located was home to a varied, restless, and animated hustle and bustle — dark at night and hectic during the day. In the streets, which were narrow and more rudimentary than they are now, carriages competed for space with donkeys, which competed with the street sellers, who in turn vied for the attention of the customers with colorful market cries. Lisbon was an unequal city, with a very poor working class that lived in extremely harsh conditions contrasting with the slices of luxury and ostentation of the wealthy classes, many of whom imitated the foreign trends in vogue. Some of these Historic Shops can look back on 200 years of history;

It is they that take us furthest back in time in the city of Lisbon:

Of all of Lisbon’s emblematic cafés, this is the one that takes us furthest back in time. Its beginnings are in the 18th century, when several Portuguese-Italians opened the first establishment of this kind: Nicola in Rossio. Martinho da Arcada began life with another name. When it opened in 1782 it was called Casa da Neve and sold drinks and ice. There followed a number of management and name changes — Casa de Café Italiana, Café do Comercio, Café dos Jacobinos, Café da Arcada do Terreiro do Paco — until, in 1829, a new owner, Martinho Bartolomeu Rodrigues, gave it his name. Some years later da Arcada was added to distinguish the café from another one of the same names the same owner had acquired on Largo de Camoes. Café Martinho (Cambes) played an important role in the cultural and social life of the city; it was an obligatory stop for many artists and intellectuals, and its disappearance serves as a reminder of the importance and value of safeguarding that which, like Martinho da Arcada, has withstood the test of time.

Rua da Misericordia is home to the oldest restaurant in Portugal still in operation: Tavares, better known as Tavares Rico. Before the restaurant was established in 1784, there was already a tavern on the site, and at the time visitors certainly had no inkling that the establishment would come to enjoy the reputation and prestige it has today. Before it became Restaurante Tavares it bore the name Tadao, a popular tavern but described as somewhat “sad”, illuminated in the evenings by fish oil lamps. This was a period when the coffeehouse salon was yet to emerge in Lisbon.
The restaurant’s name comes from the owners, the Tavares brothers, AntOrli° and Manuel, who were described by the historian Tinop as “eccentrics” of the rarest type — one of them always sad and the other jovial, who wore traditional jackets and “ourelo” shoes and attended to their customers speaking in verse. One should note that Tavares was one of the first restaurants to serve a la carte meals, and it also led the way in importing delicacies from abroad (foie gras, for example). A somewhat ironic fact: while it once introduced foreign tastes to the Portuguese palette, today it chiefly plates up the best in Portuguese tastes to foreign guests. It was in the 19th century, with the restaurant now in the hands of the Caldeira family, that profound changes were made to the space, giving rise to the luxurious surroundings it is now known for: the chandeliers, the carved wood, the gold leaf and the magnificent mirrors.

Up until 1809, Lisbon’s flea market (Feira da Ladra), was held on the unpaved surface of Praia Dom Pedro IV, commonly known as Rossio. One can imagine the poet Bocage, coming down from Bairro Alto, where he lived, and strolling through the market before taking a seat in the cafe he will always be associated with — Nicola. The origins of the cafe go back to the 18th century, when the first botequins [shops selling groceries and beverages] were opened by Italians in Lisbon.

Nicola was the name of the store’s founder, who came from Genoa. He transferred the store to Rosa Maria de Athayde in 1824. The Nicola remained a botequim until 1837, after which the space was occupied by a number of different bookshops. In 1880 it became an elegant salon de la mode, before later becoming the Jeweller’s shop Xavier de Carvalho. It was Joaquim Fonseca Albuquerque, who made the Nicola a cafe again in 1929. Six years later, in 1935, the café underwent a renovation that introduced some of the charming features that still today make it a sought-after spot: the paintings of Bocage and his times by Fernando Santos and the architectural vision of Raul Tojal, who modernized the space using the stylistic language of the day, Art Deco. 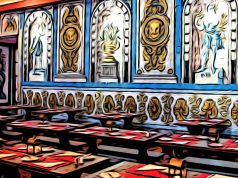 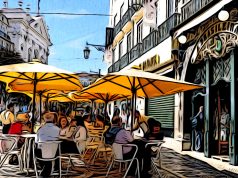 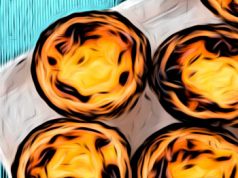