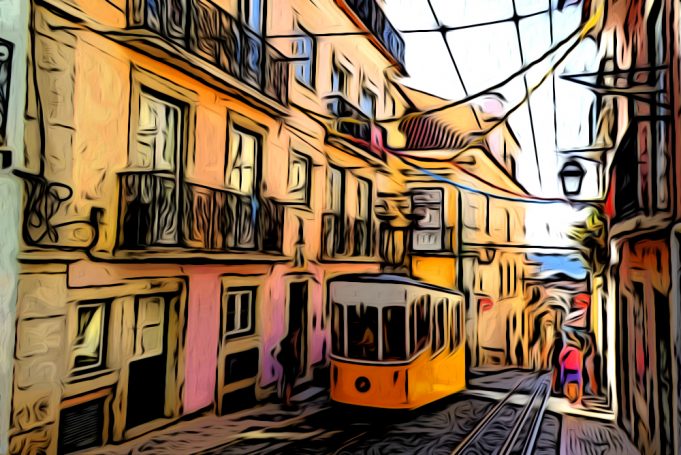 Lisbon is the capital city of Portugal. With its population of over 3 million people, it is the 11th most crowded city amongst European Union cities. Lisbon’s population constitutes over quarter of the total population in Portugal. The city is one of the most popular tourist destinations in the world. As a result, Lisbon’s Humberto Delgado Airport welcomes more than 20 million visitors per year.

Apart from its historical attractions, Lisbon also offers a vibrant, modern city life with attractions for both who seek peace and adventure. The city’s nightlife is among the bests of Europe. All these qualities make it very hard to finish a trip to Lisbon in just a few days. This guide is here to help tourists in a hurry.

Tips to Make the Best of the Day in Lisbon

First of all, when travelling in a hurry, it is crucial to know the best means of transportation. Lisbon’s famous yellow streetcars are the most popular transportation option within the city. These vintage cars connect the city’s narrow and acclivitous streets. These cars have been working for the city’s transportation for almost 150 years now. One trip tickets for these cars cost 2.90 euros. So, it would be more logical to buy daily tickets which cost around 6 euros. Lisbon’s subway network is not highly developed, but it is efficient. However, to be able to travel through the city’s unique atmosphere, subway is not the ideal choice. City’s more developed bus network might be a better idea when it comes to observe the city during trips. One trip tickets for metro costs 1.40 euros and costs 1.80 euros for the buses.

Second, travelling essentials are important to be able to enjoy the day. What to pack for Lisbon, of course, differs according to the season. Considering that the most popular tourism period of the capital is summer, the essentials of the backpack are light items. Several t-shirts, shorts, skirts and swimsuits are musts of the list. Ocean winds of the capital might make the weather cool at nights even in summers. So, it would be a good idea to pack one or two jackets just in case. Considering the amount of sunny days, a hat and a powerful sunscreen are not to be forgotten before the trip. Finally, a smaller pack for daily use would be ideal since travelling around with a huge backpack might take the joy out of the trip.

Finally, obtaining a Lisboa card which grants entrance to many tourist attractions and substitutes for transportation fees is a money and time saving idea.

For museum entrances and transportation fees, tourists can obtain a Lisboa Card which has different versions for 1 day, 2 days or 3 days. These cost differently, but definitely worth the money. Lisboa Card can be obtained at the airport. One day version of this card costs 19 Euros, and 2 days version costs 32 Euros.

Essentials of the Two-Day Trip in Lisbon

In two days, with a good plan, it is possible to see a good chunk of Lisbon. For instance, spending the first days strolling around Alfama, Baixa and Chiado districts; and saving the second day for Belem, Principe Real and Bairro Alto is a good idea. This guide provides further assistance in dividing the days into districts.

Alfama district of the Portuguese capital is an old town with narrow, cobblestone streets that add to town’s picturesque beauty. The oldest town in Lisbon is best explored by walking. Since the district is full of narrow, little streets that are only accessible on foot, it is a good idea to enjoy and experience the town very closely. Going through this medieval town via the famous number 28 yellow tram of Lisbon is another “must-do” activity.

VIP (Very Important Place): Sao Jorge Castle is in the Alfama region and it is one of the most important tourist attractions in the country.

The central district of Lisbon named Baixa is one of the first examples of a grid plan urban layout. After the devastating 1755 earthquake of Lisbon, this district had to be entirely rebuilt. Now displaying its great baroque architecture along with nice avenues and plazas, Baixa is the modern centre of Lisbon. In Baixa that is very popular with tourists, it is very easy to find quality restaurants and art shops that mostly appeal to the contemporary taste.

Very close to Baixa, there is another beautiful district named Chiado. This town is usually known as the theatre and shopping centre of Lisbon. Being one of the high end districts in the city, Chiado offers enjoyable walks along the banks of Tejo.

One of the most attractive districts in Lisbon for tourists is Belem. Lying along the Tejo banks, Belem district is in the western part of Lisbon. Home to the most scenic attractions and tourist destinations of the city, Belem is a former port city which has an immense history of seafaring. Now offering wide open spaces to its visitors alongside its popular attractions like the Torre de Belem, Padrão dos Descobrimentos, and Mosteiro dos Jernimos; Belem district is a district where an entire day could easily be spent.

Principe Real is another fine place for shopping and tasting Portuguese cuisine. The town that offers boutique markets, flamboyant mansions and top-shelf restaurants is a good place to spend the evening in.

The vibrant partying district of Lisbon, Bairro Alto, is a great place to finish the night and the trip. Enjoying awesome bars and night clubs, Bairro Alto is where people party until the morning. 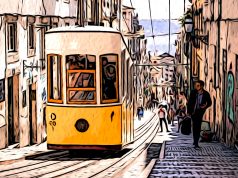 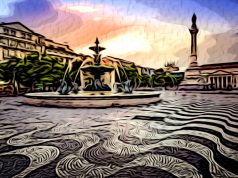 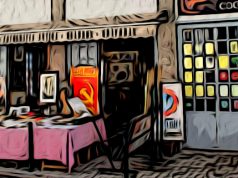