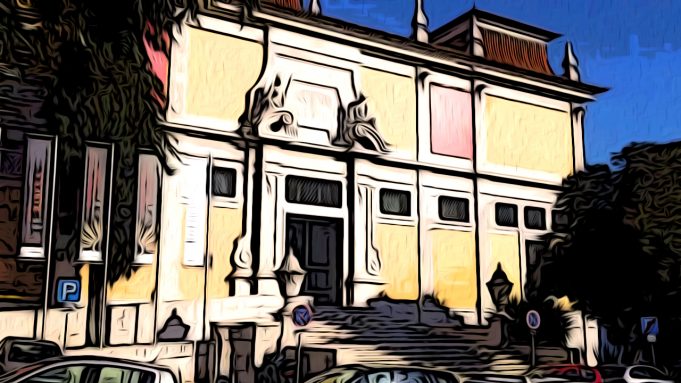 Housed in 17th Century’s Rua das Janelas Verdes, the National Museum of Ancient Art provides an exact and comprehensive view of Portuguese art from between 12th-19th centuries. Presenting a whole, the exhibits reflect Portugal’s story in the scope of World history. Not confined to Portugal-made items, the museum also has Flemish Renaissance paintings (including a triptych by Hieronymous Bosch), Chinese porcelain, Indian furniture, and African carvings in its inventory.

Presenting a whole, the exhibits reflect Portugal’s story in the scope of World history. Not confined to Portugal-made items, the museum also has Flemish Renaissance paintings, Chinese porcelain, Indian furniture, and African carvings.

The museum was founded in 1884. It occupies the Palácio de Alvor-Pombal, a space that in itself is a work of art that was built during the late 17th century by Dom Francisco de Tavora, the first Earl of Alvor. A convent and chapel were later erected next to the main residence of the structure. Representing the architectural style of its era, the chapel is now a part of the museum.

The museum is organized across three floors. There is the former chapel, decorative arts, furniture, and European paintings on the ground floor. The first floor hosts the collections of precious stones, jewelry, ceramics, and Oriental handicrafts which are acquired by Portuguese seafarers. Portuguese Painting and Sculpture can be seen on the second floor.

Dating back the late 15th century, and are attributed to Nuno Gonçalves who worked in King Afonso V’s court, “Saint Vincent Panels” can be considered as the most important pieces in the museum.

Dating back the late 15th century, and are attributed to Nuno Gonçalves who worked in King Afonso V’s court, “Saint Vincent Panels” can be considered as the most important pieces in the museum. Like Chaucer’s famous stories, “The Canterbury Tales”, the six large panels show people from all levels of late medieval Portuguese society (including important figures like Henry the Navigator) venerating Saint Vincent. This is one of the first collected works of European painting. There are sixty portraits in total on the panels.

Portuguese metalwork is another highlight of the museum. The famous monstrance of Belém is an exceptional piece. The playwright, actor, and poet Gil Vicente maybe its creator. It may be made from the first gold reached to Portugal.

The 16th-century Japanese screens showing the Portuguese arriving in Japan for the first time is also stimulating. The fascination of Japanese people’s first encounter with westerners depicted rich in detail. Moreover, Afro-Portuguese carved tusks, Indo-Portuguese chests, and samples of Chinese porcelain shipped to Lisbon from this era are present as well. The theme of the discoveries is everlasting, illustrating Portugal’s links with Africa, India, China, and Japan.

A fine collection of decorative art and silverware is a must-see too: Including the Monstrance of Belem, which was made from the first shipment of gold brought home by Vasco da Gama, and the collection of French 18th-century silverware. Especially the pieces by François Thomas Germain, one of the finest in the world that once belonged to the Portuguese royal family, stands out.

Including Bosch’s “The Temptation”, the European painting section of the museum is significant and is represented by the likes of Bosch, Van Dyck, Dürer, Provost, Gerard, and Raphael. 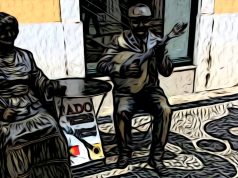 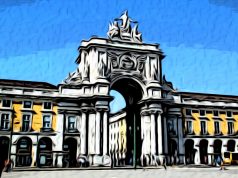