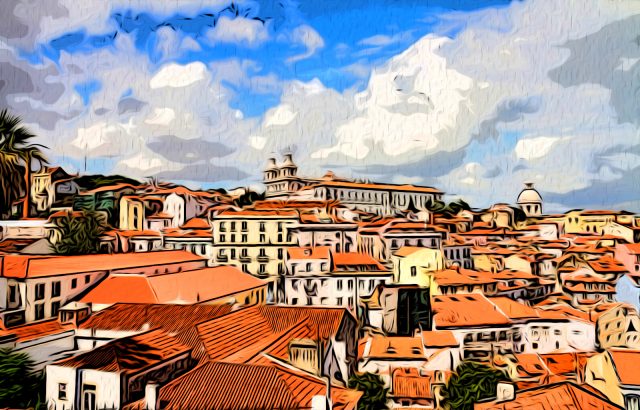 Lisbon, as the capital and a very historical city of Portugal, provides countless attractions for tourists. Among these numerous tourist destinations, some of them expectedly get overlooked. Maybe because of their distance from the popular tours or because of the vast numbers of highly popular spots in the city, these hidden gems do not get the credit they deserve. Here are some of those hidden gems that are often excluded from tourist lists while deserving much more attention.

There are several markets and open bazaars in Lisbon which can be found in every tourist guide. However, the biggest one in the city, Feira do Relogio (Market of Clocks), is not nearly as popular as the other ones. With its length of around 2 km, Feira do Relogio sells almost anything. Open on every Sunday between 9 am and 2 pm on the Avenida Santo Condestavel, the market mostly sells dime store items. Yet, there are many unique stalls and very tasty street food vendors.

Another overlooked gem of the Portuguese capital is the Central Tejo. Restored recently, the brick building of the station looks very beautiful from the outside. Inside, there is another story where the furnaces and machines operated under very bad conditions by the workers are displayed. The idea of a power station as a museum is not attractive to anyone, but it is definitely stunning and one of its kind.

Campo Pequeno is originally a bullring. Now functioning mostly as a concert venue, the building is especially attractive for its architectural stance. Influenced by the Arabic architecture, Campo Pequeno has several domes above its towers and it is ornamented by orange bricks. Also hosting a shopping centre at its base, Campo Pequeno is definitely one of the gems of Lisbon.

It is probably enough to say that the Palacio da Ajuda was, in the 19 th century, the royal residence of the Portuguese ruling family. Filled with fancy rooms and pompous halls, the neoclassical palace has 34 rooms and a throne room. However, Palacio da Ajuda is one of the least visited attractions of Lisbon, which in no way does justice to the beauty and the richness of the palace.

First of all, it is a bar. However, it can almost be regarded as a rich museum, because it is full of old fashioned toys, knick-knacks and collector’s items. In addition, The Pavilhão Chinês provides its visitors with something no museum can provide, a refreshing drink while enjoying the place. Visitors of The Pavilhão Chinês can also play snooker during their stay. Located in the Principe Real area of Lisbon, the bar is surrounded by great places for shopping.

The Graça District of Lisbon is understandably not very popular among tourists, because it is not a tourist attraction per se, but rather, it is a very beautiful neighbourhood. It is not a museum full of art pieces, it is not a bizarre bar with a nice atmosphere, it is not one of the amazing beaches of Lisbon; however, the calm and peaceful authenticity of Graça is like no other place in the city. Also, Lisbon’s famous Tram 28 goes through this neighbourhood, adding to its picturesque scenery. 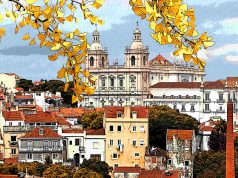 Top 10 Places to Visit in Lisbon 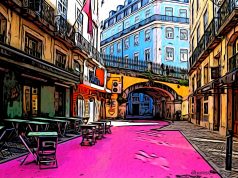 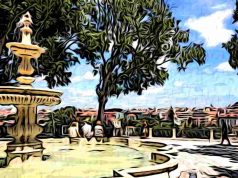