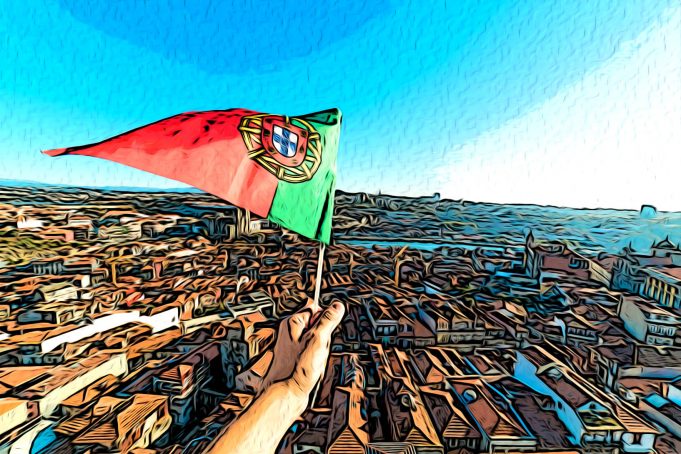 The Portuguese flag has undergone some changes during its history. Its history dates back as long as the history of Portugal itself. The most recent version of the flag was adopted after the fall of the Portuguese Monarchy.

Let’s now take a look at some of the facts and features about the national Portuguese flag.

The flag of Portugal indeed has a rich history. Its design has changed many times throughout Portugal’s history itself. All the colors and symbols on the flag have certain meanings. The figures on the flag changed along with the wars, discoveries, or travels made.

The current Portuguese flag has a rectangular shape. It has two main background colors: green and red. The green part of the flag is on the hoist and the red on the fly. Around the center of the flag, there is the national coat of arms. There is a yellow armillary sphere and a Portuguese shield placed upon the sphere.

The latest version of the flag was officially adopted on June 30th, 1911. This was around a year after the constitutional monarchy’s downfall. It was accepted as the new national flag of the First Portuguese Republic.

On October 5th, 1910, the Republican revolution happened. Following this, there occurred a need for the replacement of the symbols of the old monarchy. So, the old flag and the anthem were changed. The traditional colors of the flag were blue and white. So, at first, there was a disagreement on the change of colors. One of the reasons for that was religious concerns. Blue was the color of Lady of the Conception (“Nossa Senhora da Conceição”),  crowned Queen and Patroness of Portugal by King John IV. On the other hand, Republicans wanted to change this because they regarded it necessary to secularize the state. 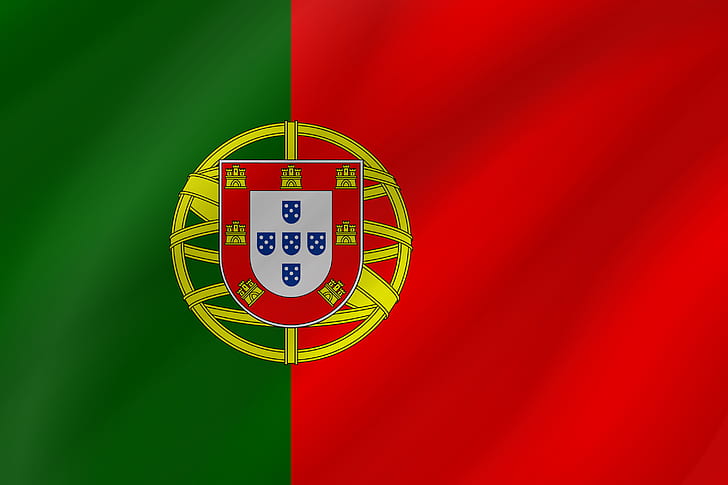 Following various discussions, a governmental commission was arranged on October 15th, 1910. The commission chose the red and green colors of the Portuguese Republican Party. The reason for this was that during the republican insurrection in 1891, these were the colors on the banners of the rebellious. Also, they were the same colors during the monarchy-overthrowing revolution in Lisbon.

According to the commission, red had connotations with battling and conquest. Also, it was a color of burning and joy. As for the green color, they justified it that green was the color on the revolutionary flag during the 1891 insurrection. It “sparked the redeeming lightning” of republicanism. For the white color on the shield, they thought that it was “a beautiful and fraternal color, into which all other colors merge themselves, the color of simplicity, of harmony and peace”. As for the armillary sphere, it was already present under the reign of John VI. Also, the commission thought it essential to the country’s collective life. Also, it had connotations with the Portuguese maritime history. Finally, the shield was also kept. They regarded it as one of the “most vigorous symbols of national identity and integrity”.

Following these steps, the country started to produce the new flag at the National Rope House. It was officially presented on December 1st, 1910. This day was declared by the government as “Flag Day”. The government also changed textbooks for children to explain the symbols of the flag in detail. In this way, the government wanted the whole country to accept the new flag.

Having a rectangular shape, the flag’s aspect ratio is 2:3. On the background, the green color spans ​2⁄5 of the length, and the red spans ​3⁄5. The national coat of arms (a white-rimmed national shield on top of a yellow armillary sphere) is placed over the border between both colors.

The armillary sphere is distant from equal sides of the upper and lower edges of the flag. The sphere is drawn in perspective. It has six edge-embossed arcs, four of which are big circles and two are small circles. The big circles represent the ecliptic, the equator, and two meridians. The last three are placed in a way that the intersections between every two arcs make a right angle.

The national shield is vertically centered over the sphere. It also has two main background colors: red on the edge of the shield, and white inside the shield like a miniature of the shield. The little white shield also has five more blue shields on it, arranged like a Greek cross. Each of them has five white bezants. The red bordure, on the other hand, has seven yellow castles; three on top (one in each corner and one in the middle), two in the middle, and two more on each side of the bordure. The big shield’s height and width are equal to ​7⁄10 of the sphere’s diameter. The shield’s limits intersect the sphere.

As indicated above, green and red are the predominant colors of the flag. In addition to these, we can also see the colors yellow, blue, and white.

Three important symbols are present on the Portuguese flag. They are the field colors, the armillary sphere, and the national shield. Let’s look at each of them. 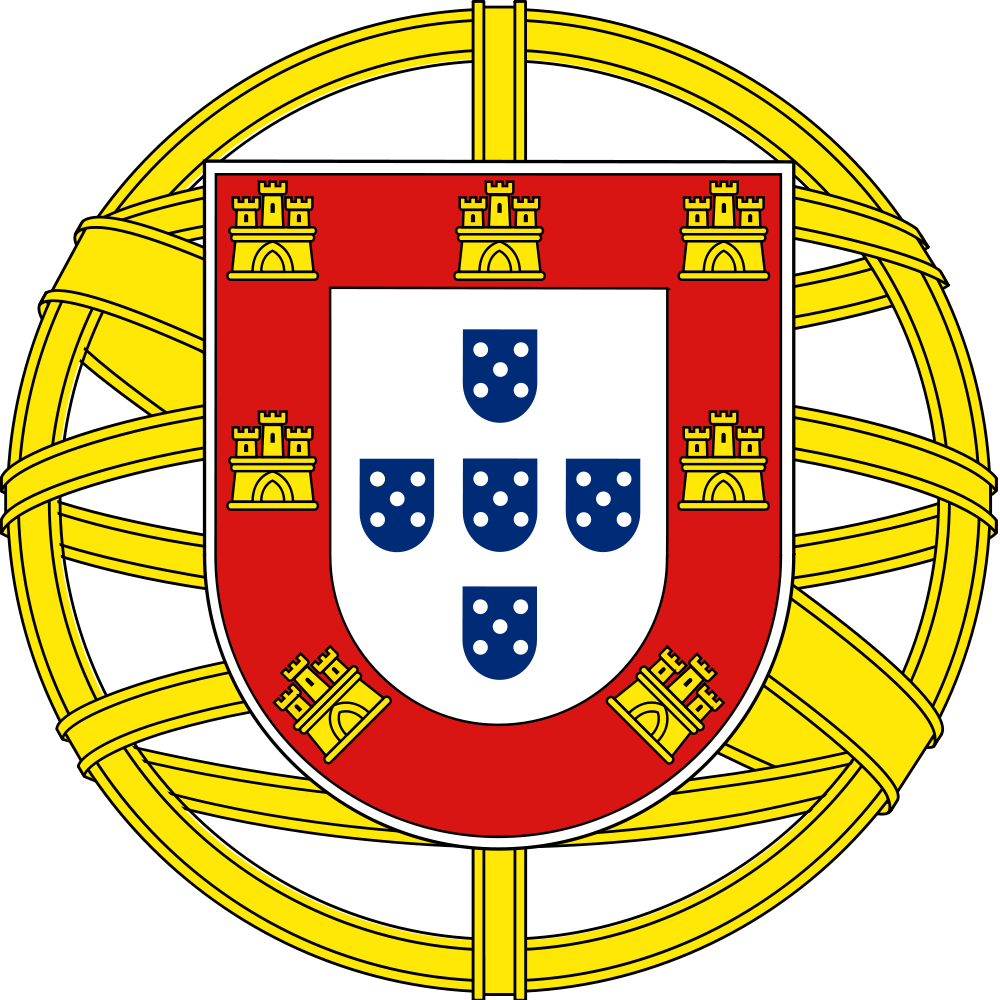 The background colors of green and red date back to the Estado Novo period. It was the nationalist authoritarian regime holding power between 1933 and 1974. According to that, the green represents the hope of the Portuguese people. Red, on the other hand, represents the blood of people who died while serving the nation.

The colors existed in many historical banners during important periods. For example, King John I put a green Aviz cross on his banner’s red bordure. Also, the red cross of the Order of Christ was used on a white field as a naval flag during the Discoveries and on ship sails.

A green background version, on the other hand, was popular among the rebellious during the 1640 revolution restoring Portugal’s independence from Spain. Also, during the 1891 insurrection, the flag was hoisted on Porto’s city hall balcony. The flag then consisted of a red background having a green disc and the label “Centro Democrático Federal ‘15 de Novembro’ (“November 15” Federal Democratic Centre). It represented one of many masonry-inspired republican clubs. Red and green existed on every republican item through the following 20 years.

As for the armillary sphere, it was important for the Portuguese sailors as an astronomical and navigational instrument. They went to unknown seas during the Age of Discoveries. First, the Knights Templar introduced it. It became the symbol of that period of the nation during which the Portuguese discoveries took place. Then, King Manuel I -ruling during this period- included the armillary sphere into his personal banner. Right after that, it was used as the ensign of ships sailing between the metropolis and Brazil. Then it became a colonial symbol and an important element of the next Brazilian kingdom and empire’s flags.

A third symbol of the flag is the Portuguese shield, being placed over the armillary sphere. It existed in each historical flag except for the period of Afonso I. It is both an important Portuguese symbol and one of the oldest elements of today’s shield.

As stated above, there are five blue shields with five white bezants. They represent the five wounds of Christ when crucified. They are also associated with the “Miracle of Ourique”. Its story goes like this: an old hermit shows up before Count Afonso Henriques before the Battle of Ourique on 25 July 1139. He foresees Afonso’s victory and tells him that God was watching over him and his companions. Then the hermit tells Count Afonso to walk away from his camp if he hears a nearby chapel bell tolling in the next night. When he does this, he sees the ghost of Jesus on the cross. Jesus foretells the victories of future battles, and God’s wish for Afonso and his descendants to create an empire.

Later, Afonso literally won the battle against many enemies. Then, Afonso incorporated five shields arranged in a cross. It represented his divine-led victory over the five enemy kings. The shapes of silver bezants on the shields represented Christ’s five wounds. The total number of all the bezants was thirty, which symbolized Judas Iscariot’s thirty pieces of silver.

The seven castles over the red bordure are regarded as a symbol of the Portuguese victories over Moorish enemies. Supposedly, Afonso III captured seven enemy fortresses throughout his conquest of the Algarve, which ended in 1249. Some hypothesize about the origin of the castles on a red bordure. They suppose that Afonso III’s arms consisted of a golden castle on a red field.

A modified version of the Portuguese shield is present in the flag of the Spanish city of Ceuta. It is on the North African coast. The shield there is used as the city’s coat of arms, as a symbol of its former history as a Portuguese possession.

Cool Facts about the Portuguese Flag

Let’s discover some other facts about the Portuguese flag.

Green represents hope for the future, and red represents blood during battle. Although the Portuguese Republic gave these reasons for the choice of colors, there is speculation. Some suggest that there may be other underlying reasons for the color choice, but the government never made it public.

Victories represented by the Shield

The oldest symbol on the Portuguese flag is the shield. The red shield at the center with yellow castles and small blue shields represents victories against the Moors. The smaller blue shields symbolize the five Moorish kings killed by Afonso I, the first king of Portugal. The seven yellow castles, on the other hand, represent Moorish fortresses overthrown in battle.

Many Changes over the Years

At the very beginning of its history, the Portuguese flag consisted of the coat of arms. Also, the number of yellow castles changed a few times. The shield’s shape also changed, and there was a crown above the shield. Then it was later replaced with the armillary sphere.

Finally, the green and red background became part of the national flag only after the First Republic came into power. Before that, the background consisted of blue and white colors.

The flag has had more than one name throughout its history. One of them was “Bandeira das Quinas”, which means Flag of the Five Escutcheons. The other was “Bandeira Verde-Rubra, which means Green-Red Flag. The latter is a mix of modern Portuguese and Latin.

There were three men who pioneered the flag’s design. They were Columbano Bordalo Pinheiro (painter), João Chagas (journalist), and Abel Botelho (writer).

Each Region has its own Flag

Every district of Portugal has its own flag. They include Azores and Madeira island as well.

What do the colors on the Portuguese flag represent?

When was the most recent Portuguese flag adopted?

On June 30th, 1911, the current Portuguese flag design was adopted.

What are the important elements of the Portuguese flag?

There are three main elements of the Portuguese flag: the field colors, the armillary sphere, and the national shield. For the meanings of these elements, you can refer to the Symbolism section above. 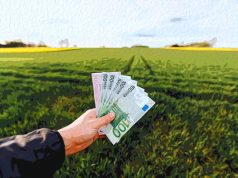