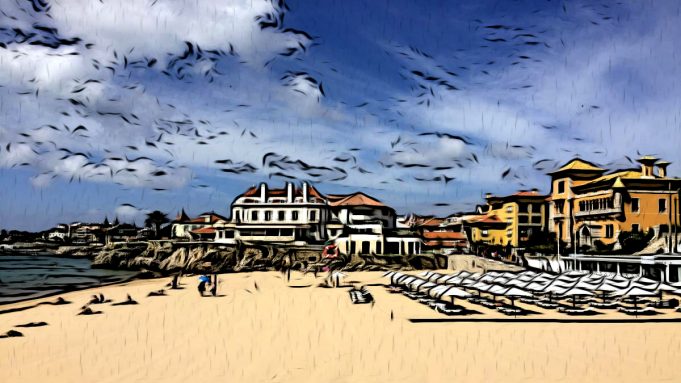 The coastline from Lisbon to Cascais hosts plenty of great beaches for you to enjoy, and some of the most popular ones are located in Estoril (which has a sum of 18 unique sandy beaches). There’s action, sports, entertainment, and a good deal of restaurants & bars scattered along the seashore. Alongside with huge crowded ones, cozy sand strips hidden from sight are available as well.

The beach exhibits strong waves that are suitable for surfing activities in Portugal. There are many good snack bars and restaurants along the beachfront. The only downside is that it is a 700m walk from the train station to the beach. Surfing can get a little dangerous in the summer due to the number of people in the water.

It is a large beach that is directly in front of the Estoril Casino. The beach is more family orientated with calm sea waters and good tourist facilities. The train station is situated on its edge.

The Duquesa and Conceição beaches encompass together the largest span of sand within walking distance of Cascais. The two beaches are separated by a small headland with Conceição on the western side, closest to Cascais.

It’s a small beach, which is nestled between high cliffs and rocky outcrops. This stretch of coastline is protected to support the marine life that thrives on the edge of the rocks and cliffs. Avencas beach is small but indeed is a fun place for children thanks to its low-tide rock pool hunts.

Historically, the waters of this beach were regarded as having healing properties. This prompted the construction of the Santanna Hospital, which provides care for the very old people. Today, the beach still tends to attract a much more mature section of visitors.

It is a very pretty but small beach that is surrounded by cliffs and overlooks the fishing harbor. It’s close to Cascais but can get very crowded.

7Where to escape the crowds: Praia de Paço de Arcos

The Praia de Paço de Arcos is the largest beach of Paço de Arcos. This beach exhibits golden sands and is one of the calmer beaches of the Lisbon shoreline. Close by is the craggy coastline of the Praia das Fontainhas.

Guincho beach faces a westerly direction and is pounded by massive Atlantic Ocean waves, ideal for experienced surfers. Situated in the north, it’s 8 km away from Cascais.

Check out our comprehensive guide on Surfing in Portugal. 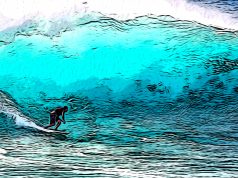 Surfing in Portugal: The Complete Guide 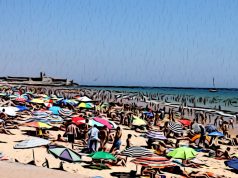 Carcavelos Is More Than A Beach! Why Not Discover The Reason Why?