So what time do people eat in Portugal, and what they eat in these specific times? Ordinary meals are scheduled for the working day’s strict tempo but things might loosen up at the weekend. Breakfast turns to brunch, lunch prolongs until late afternoon, and dinner gets delayed so you can enjoy that last bit of sunshine.

There’s always an excuse to eat in Portugal. Even in between the big meals, like lunch and dinner, locals love to have a quick snack.

At home or at your neighborhood café, a typical Portuguese breakfast usually starts with coffee. Some locals like to have a quick espresso. Others prefer to order a bigger drink like a galão (milk with coffee) and catch up with the news.

Most cafés or pastelarias open around 8 a.m., sometimes even earlier than that since people go to work at 9.

In Portugal, it’s common to have both sweet and savory treats for breakfast. One custard tart might not be enough to fill you up, so most people will also order a torrada (butter toast) or a tosta mista (ham & cheese toast).

What is a Typical Portuguese Breakfast?

When culinary blogs discuss famous combinations, Portuguese breakfast does not often come first. That is mostly because Portuguese people do not regard breakfast as the most important meal. It is often seen as a preparatory meal for the lanche da manhã around 11 a.m., or lunch after that.

So, there is not a generic phrase defining what Portuguese eat at breakfast. Still, there are typical combinations in Portuguese breakfast. Varying in itself, the most famous duo is coffee and toast.

One Constant in All Meals: Coffee

Portuguese people love coffee. Although it is sometimes alternated with orange juice or milk, coffee is almost always on the breakfast table. Portuguese meals always involve coffee regardless of the time of the day. So, it is not surprising to have coffee at breakfast.

There are numerous types of coffee in Portugal. Some of these are abatanado (close to Americano), galão (milk with an espresso shot), meia de leite (similar to a latte), bica (black espresso), café duplo (double espresso), um garoto (milky espresso), uma carioca (watery espresso), and café pingado (espresso with a milk shot).

The most popular ones of these at breakfast are galão, meia de leite, and abatanado.

What to Eat at in a Typical Portuguese Breakfast

At breakfast, kids usually have different types of cereals. Younger people prefer healthier foods such as yogurts or fruity meals. However, traditional Portuguese breakfast involves bread. Most typical partners of bread at breakfast are ham and flamengo cheese (Edam).

If the bread is served as a toast, it is often thicker than usual. The toast at breakfast can be plain or can involve jam, butter, or other ingredients.

Pastries are not typically for breakfast in Portugal. Yet, they sometimes find a place on the table.

Pastel de Nata, arguably the most famous food of Portugal, is a puff pastry with cream inside. These are usually preferred for lunch or later.

Pão de Deus is another type of pastry Portuguese people enjoy. It contains butter, sugar, milk, eggs, and lemon. It is usually baked with coconut and served warm.

Bola de Berlim (custard doughnut), Salame de Chocolate (chocolate biscuit), and Pão de Ló (sponge cake) are some other pastries that can be enjoyed at breakfast in Portugal.

If you’re hungry and can’t wait for lunch, then it’s time for a morning snack. Portuguese call this their lanche da manhã. The word lanche sounds very similar to lunch which can be a bit confusing at first! Basically, this meal is a coffee break, usually paired with a sweet like a pastel de nata or a bolo de arroz (rice cake). Of course, there’s always a healthy coworker that will pack some sliced fruit too.

Lunchtime is generally between 12 p.m. and 2 p.m in Portugal, although some restaurants will keep serving until 3 p.m. Portuguese usually have an hour break to eat lunch, so they either carry their food from home to save time and money, or go out with colleagues to enjoy a standardized menu at a nearby restaurant. These menus usually begin with a soup, Prato do dia (dish of the day) follows it as the main course, then conclude with a dessert and a coffee. If they’re really in a rush, they’ll order something quick at the counter like a soup and a bifana (pork sandwich).

You can get through the day without an afternoon snack, but why would you? Around 4 p.m., cafes are starting to fill with Portuguese people who are seeking quick meals to accommodate them until dinner time. Sweet or savory? It’s really up to you. We’re not going to tell you off for having another pastel de nata. If you want something savory, however, we recommend trying the pastéis de bacalhau (codfish cakes) or the rissóis de camarão (shrimp turnovers).

Between 8-9 p.m. it is recommended to have dinner in Portugal. While some restaurants will open at 7 p.m., most of them will still be empty at that time.

There are a few exceptions of course, especially if it’s a famous restaurant like Cervejaria Ramiro. If that’s the case, it’s always best to book a table in advance!

Depending on the restaurant, you can show up until 12 p.m. and still get served. However, keep in mind that most kitchens will close before that. On Fridays and Saturdays, it’s common to have dinner a bit later, around 10 p.m. 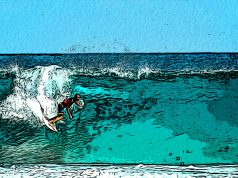 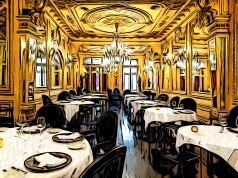 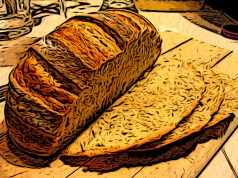